The British Invasion began with the Beatles. It ended, or at least engaged the enemy, when a generation of American folkies went to theaters, saw A Hard Day’s Night, bought electric guitars, formed rock bands and landed record contracts. But the Brits kept right on coming, releasing epic, influential albums through the close of the 1960s, each one launching a new rock-and-roll sub-genre that American listeners didn’t know they needed.

To my ears, the defining sound of the “late” British Invasion is a lead guitarist who sounds like B.B. King. As I chronicled in King of the Blues, boatloads of B.B. King singles arrived in Britain starting around 1964, inspiring a wave of newly minted guitar heroes, most of whom passed through the Yardbirds or John Mayall’s Bluesbreakers at some point.

Here, then, are a dozen classic albums of the late British Invasion. We’ll start in 1966, after the first wave of hits by the Beatles and Stones, Kinks and Who. We’ll skip later albums by those bands, overlooking such gems as Revolver, Beggars Banquet, The Who Sell Out and The Kinks Are the Village Green Preservation Society.

Donovan emerged in 1964 as a teenaged British folkie, earning unfair Dylan comparisons and scoring a significant hit with “Catch the Wind” in 1965. Events moved quickly back then: By the start of 1966, Donovan was playing electric and recording with a full band. The result was Sunshine Superman, a masterpiece of psychedelic folk rock. The title track and “Season of the Witch” are deathless classics. “Guinevere” and “Legend of a Girl Child Linda” are little folk fairytales. “Ferris Wheel” and “The Fat Angel” are droning sitar workouts built around single chords, a style few other artists could carry off.

Are You Experienced – the Jimi Hendrix Experience, 1967

Hendrix started out as a flashy R&B guitarist on the segregated chitlin’ circuit. I described his second act in my B.B. King bio: Hendrix “deconstructed the B.B. King guitar sound and reimagined it through a prism of lysergic acid and war.” To overcome rigid segregation in the States, he formed a band in Britain and joined the Invasion, returning to America with an integrated group as arguably the first rock-guitar superstar. He is now generally regarded as rock’s greatest guitarist, and Are You Experienced ranks among the genre’s greatest debuts.

Here’s an argument-starter: I think Piper is the greatest Pink Floyd album. A lot in that judgment depends on how much Pink Floyd matters to you. For the most ardent Floyd fans, The Dark Side of the Moon and Wish You Were Here are canonical works, unsurpassed by any band. The first, brief incarnation of Pink Floyd was something else altogether: An eccentric, psychedelic space-rock combo led by Syd Barrett, the brilliant, doomed psych-pop songwriter. Dark Side defined a generation of ‘70s stoners. Piper launched a thousand bands in the post-punk ‘80s, indie-rock ‘90s and beyond.

It’s helpful to imagine Procol Harum as The Band of Britain, given the group’s two-keyboard lineup and instrumental virtuosity. Gary Brooker wrote on piano at a time when most of his peers were writing on guitar, a significant departure. “A Whiter Shade of Pale,” cruelly omitted from the U.K. release, sounded like Bach and played like church music, with a songwriting depth few other invaders could match. Throughout the record, Brooker and company flirt with dance-hall, ecclesiastical and classical themes, anticipating progressive rock. The band’s third album, A Salty Dog, is just as good, but the debut is more important.

In hindsight, Disraeli Gears feels like the high point not just for this celebrated power trio but for the six-decade career of Eric Clapton, save perhaps for his Derek and the Dominos outing, a few years later. Cream was a powder keg of dueling egos, but this album captures Clapton and bassist Jack Bruce in perfect harmony, singing a brace of brilliant psych-blues songs leavened with killer riffs. “Strange Brew,” “Sunshine of Your Love,” “World of Pain,” “Dance the Night Away” and “Tales of Brave Ulysses” are spellbinding acid tone poems. A joyous, lysergic pub crawl through Swinging London.

The Zombies may be the most underrated British Invasion band. The success of “She’s Not There” in 1964 technically put them at the vanguard of the Invasion. But the Zombies pretty much disappeared from the U.S. charts after a couple of big singles. They resurfaced in 1968 with one of the finest albums of the decade. The songcraft on “Care of Cell 44” and “A Rose for Emily” and “Beechwood Park” places the oddly spelled Odessey on a par with Procol Harum and Forever Changes and even, dare we say, Pet Sounds. The Zombies reaped a huge postmortem hit with “Time of the Season,” a year after their demise.

If the Small Faces hadn’t morphed into the less-small Faces with Rod Stewart as front man and conquered (or at least colonized) America, this act would join the Zombies on the Criminally Overlooked list. In its original incarnation, Small Faces was a gritty, soulful psychedelic pub-rock band fronted by one of the most gifted singers in Britain, the elfin-voiced Steve Marriott. The Small Faces had released multiple albums and scored a transatlantic hit with “Itchycoo Park” before they completed Ogdens’ Nut Gone Flake, an acid-soaked concept album with a cool tobacco-tin sleeve. 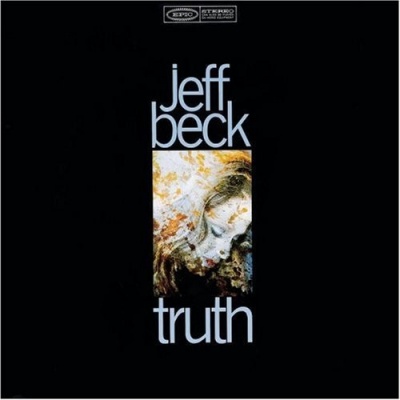 Truth may be the greatest British blues-rock album, with apologies to Peter Green’s Fleetwood Mac. Jeff Beck stands today as the third-most-famous guitarist to emerge from the Yardbirds, after Clapton and Page. Yet, he recorded a powerful debut, a set of amped-up B.B. King and Muddy Waters covers that introduced America to Rod Stewart and Ronnie Wood. Their bombastic deconstruction of the Yardbirds single “Shapes of Things” anticipated hard rock and metal, while “Beck’s Bolero” rolled out much of the group that would become Led Zeppelin. (See below.)

Steve Winwood turned twenty around the time the eponymous Traffic LP dropped, a remarkable fact, considering he had recorded several big hits with the Spencer Davis Group and released a prior Traffic album before Traffic, the album, hit the racks. It’s his finest achievement, and a career-capper for Dave Mason, a singer-songwriter who ducked in and out of Traffic and contributed several marvelous songs. Much like the White Album and Abbey Road, Traffic resonates a seasoned maturity, a quality that has served it well across the decades. Every song ranks as a classic.

The Rolling Stone review of the Led Zep debut termed Jimmy Page “a very limited producer and a writer of weak, unimaginative songs,” directing consumers to spend their money instead on Jeff Beck’s Truth. Led Zeppelin overcame their critics and changed the face of rock and roll with a run of masterful albums, their consistent artistry all the more impressive considering the band’s self-destructive bent. If you have somehow failed to hear them, start here.

It’s hard to explain, half a century later, the impact of an album released by a rock and roll group with enough instrumental prowess, improvisational wit and chordal complexity to impress the jazz community. That’s what Robert Fripp achieved with Crimson King, arguably the first masterpiece of progressive rock. Fripp is a true genius of the guitar: For irrefutable proof, listen to his work with Brian Eno and the first side of Red, a latter-day Crimson masterpiece. High hats off, too, to Michael Giles, one of the great rock drummers. Spine-chilling stuff.

I’m playing historical revisionist by selecting this, the fourth Fairport LP, over the other two (!) long-players they released in 1969, What We Did on Our Holidays and Unhalfbricking. Years ago, critics quite fairly hailed those earlier works as the finest folk-rock albums since the Byrds’ debut. Today, music writers focus more on Liege as the record that established folk rock. The earlier albums showcase Richard Thompson’s emerging chops as songwriter and guitarist and betray the influence of Jefferson Airplane and Joni Mitchell. Take your pick, but Liege & Lief probably marks Fairport’s peak.

Daniel de Visé is a journalist, an occasional AllMusic contributor,4 and author of King of the Blues: The Rise and Reign of B.B. King.

The Best Upright and Canister Vacuums for 2023

FOO FIGHTERS To Reconvene In 2023, Will Return To The Stage Soon